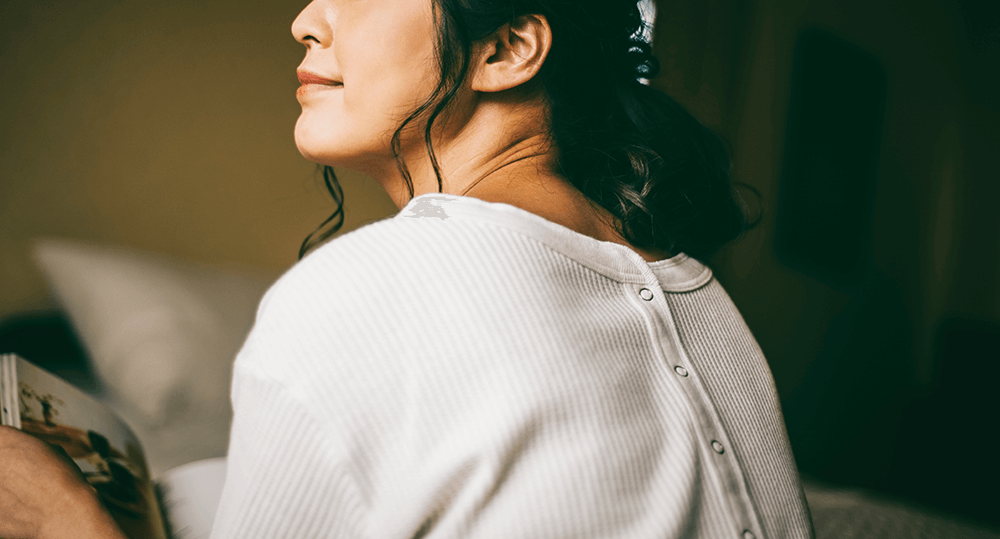 An odor removal product you can actually feel working.
BreezeBronze®, the odor-removing textile product, was created to help caregivers and their charges deal with the stress that is caused by invisible odors.
Sprays and aromatics only work as a temporary solution, and can never completely remove the odors. That’s why we started on a quest to create a reusable odor-removing product that you can actually feel working.
We searched out safe and reliable materials, striving to find that balance between cost and performance that large companies couldn’t.
Eventually BreezeBronze® was created domestically in Japan, where the skills and passions of craftsmen are of the highest level. 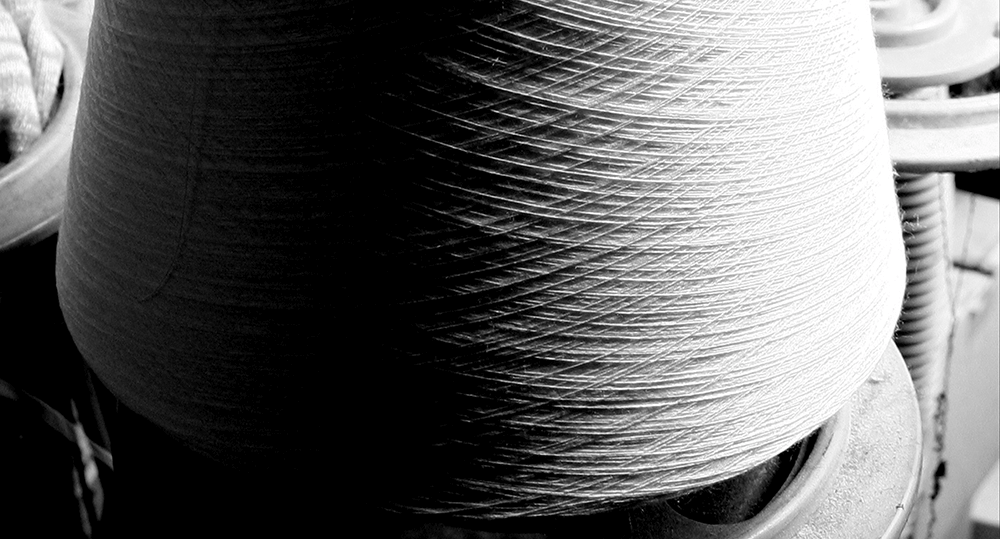 The factory and the people are everything to BreezeBronze®

Before we look at specific products, there is something important to know about BreezeBronze®.
That is the fact that BreezeBronze® is an excellent product that fully utilizes its odor removal strength.
In order to accomplish this,   BreezeBronze® is created in factories located in Japan equipped with high technology machines that allow workers to carefully go through each and every process, such as dyeing and knitting, which has a large impact on the final product.
For example, the Imabari Towel, created in Imabari City in Ehime Prefecture, is a traditional product with a production method that has been passed down through generations of local craftsmen.
BreezeBronze® is manufactured by these very same craftsmen, whose skills are unmatched, using the factories they have inherited and continue operating.

A fateful encounter with the perfect material, leading to research on weaving, dying, and sewing.

This material was created during experiments conducted by a researcher and a developer at a university. BreezeBronze® would never have been invented if not for this material.Detailed data regarding this material is an industry secret, and as such cannot be divulged at this time.
What can be said is that the material itself had plenty of odor removal power. However there were two flaws we had to consider:


1.The strength of the fabric.
The material was too weak to endure the everyday use of a product of this type. In order to overcome this, a great deal of research would be necessary.

2.The cost was more expensive than japanese silk.
Clearing these hurdles would be vital in using the material to create a widely used product. Though the material used in BreezeBronze® existed 12-13 years ago, most large manufacturers were challenged to find a manageable balance between costs and the strength of odor removal. However, with failure not being an option, we accepted this challenge and strived forward. 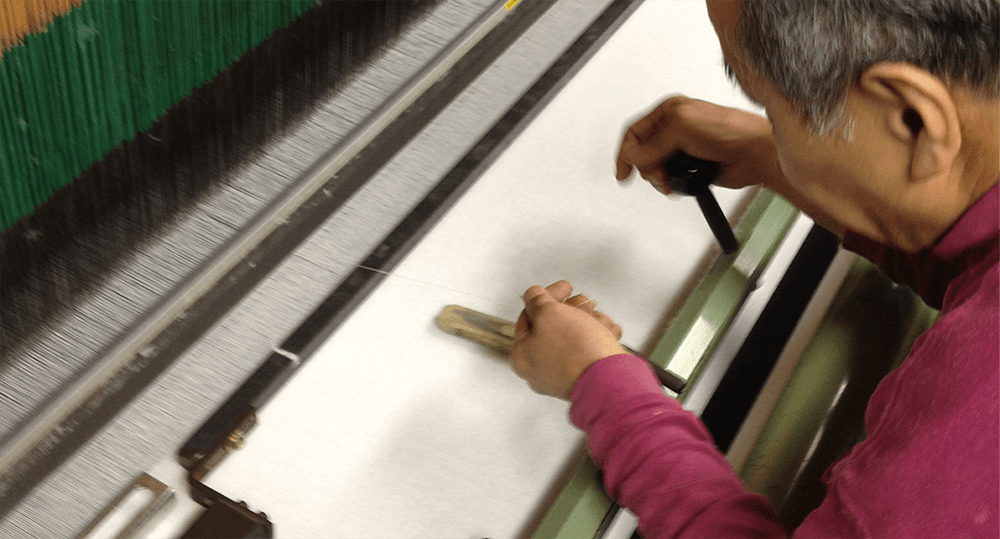 Starting production at factories with high levels of technology and skilled craftsmen, BreezeBronze® was born.

While ensuring the materials was important, the product would lie lifeless without putting together the necessary processes for dying, weaving and sewing. LifeRing, trying to turn a towel that could break down and eliminate odors, began working together at the hip with a factory in Ehime Prefecture’s Imabari City, which brought a high level of technology and skill to the table. As many people already know, Imabari boasts the largest amount of production in Japan. With its warm climate, humidity from Japan’s inland sea perfect for manufacturing towels, and top craftsmen whose skills have been passed down for nearly 100 years. Through a process of trial and error and the hard work and determination of different people coming together as one, a towel that could break down and eliminate odors was born. Techniques were tested and combined, contracts with textile companies were signed, commercialization took place, business started. 6 years passed before BreezeBronze® was ready for the consumer.

In order to show that the odors actually disappear, we started giving demonstrations.

BreezeBronze®: a product that makes odors simply disappear. At first glance, it’s just an ordinary, plain-looking towel, and even when explained it’s natural for consumers to feel some apprehension. The only way to truly understand the effectiveness of the product is to actually experience it first-hand. We decided to hold demonstrations, going to department stores and home goods stores, as well as special news programs, allowing home makers and business people to experience the moment where the odors disappear. The demonstration itself was quite simple: spray ammonia, the main component of odor in sweat, into a plastic container; place a BreezeBronze® towel into the container and shake around for about one minute; explain what the product does and then open the container. The audience was amazed at the now odorless container and towel. Many who observed the demonstration – perhaps inspired by our passion for the product – purchased BreezeBronze® soon after. 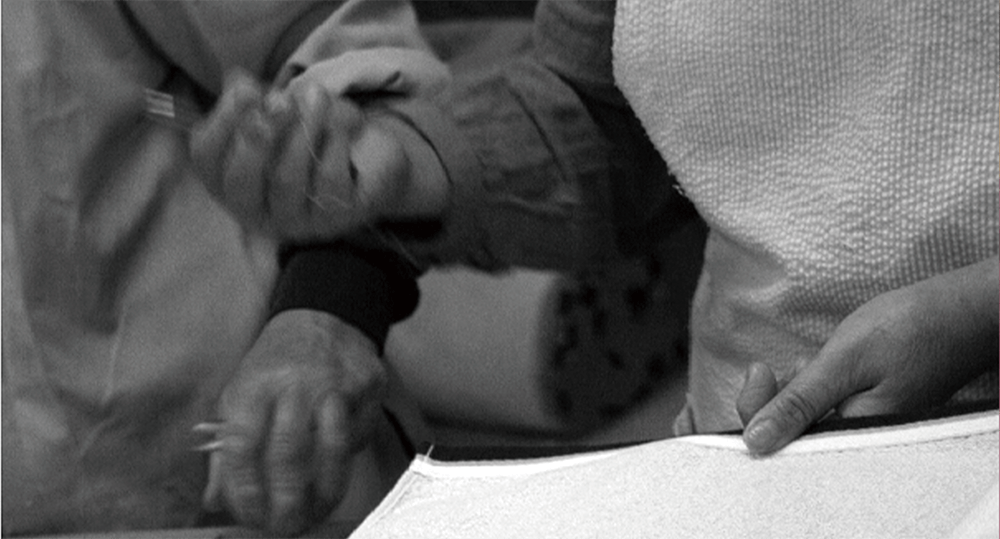 A towel town Japan can be proud of – Ehime Prefecture’s Imabari City.
BreezeBronze towels are Made in Japan.

Production takes place in Ehime Prefecture’s Imabari City, a town famous for the best high quality towels in Japan. Responsible for towel and sheet production is the father son team of Imao and Tetsuya Ozaki at the towel factory they manage. In 1998, Imao  was chosen in Japan as a “Craftsman of the Modern Era” and has received a Yellow Ribbon for outstanding service. He is truly and authentic artisan, and his son, Tetsuya, has inherited those skills and is now the acting representative director of the factory.

Imao: I think the cotton we use is happy being part of such a high quality product. Imabari’s sunlight, water, air, humidity and temperature are all perfect for creating towels.

Tetsuya: I was so impressed when I first touched the BreezeBronze threads that I literally started shaking. I thought ‘With this, we can create a towel that will beat our competitors in China.’
Even amongst the numerous types of Imabari towels, BreezeBronze has outperformed, providing new activity to Imabari with its overwhelming ability to break down and eliminate odors.

There are of course many reasons why the BreezeBronze towel is chosen above all others.
One of those reasons is that it has received the ‘Imabari Towel’ recognition as a product of high quality. This recognition is evidence that BreezeBronze meets the strict standards set by the Shikoku Towel Industrial Association, which includes the towel manufacturers in Imabari. Now more than ever the ‘Imabari towel’ is expanding globally and receiving high praise.
Even amongst the towels produced in Imabari, BreezeBronze is receiving noticeable attention.
How we care for the environment. 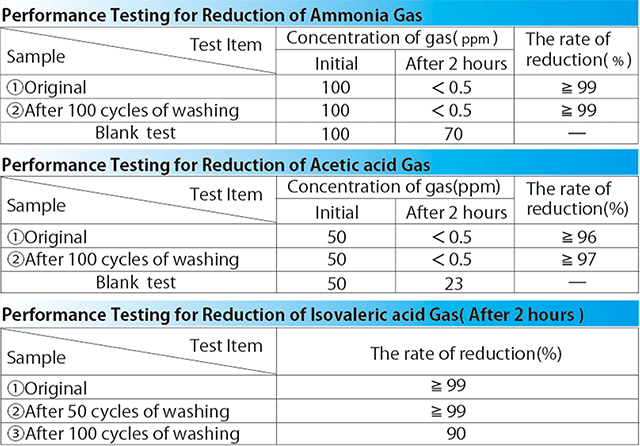 BreezeBronze® uses ionization bonds in order to break down and eliminate odors.Unlike activated charcoal which absorbs and holds odors or aromatics that mask odors, BreezeBronze® uses molecules (-COOH) embedded into the fabric itself that eliminate odors.
A chemical reaction occurs immediately when odor particles such as ammonia (NH3) come into contact with the fabric, creating odorless particles (-COONH4). The particles that no longer release odors (-COONH4) are washed away in the washing machine, leaving just the odor-removing particles (-COOH).

BreezeBronze® is distinct because of its odor removal strength

It is easy to recognize the odor removal strength of BreezeBronze®.
This also means BreezeBronze® will continue to evolve as an odor-removing product you can actually feel working.
Making this kind of product seems easy, but in actuality it’s quite difficult. Odors vary depending on an individual’s character, health, surroundings and many other factors.
Determining whether or not an odor exists depends a lot on the five senses, therefore a precise standard was necessary in the creation of BreezeBronze®. Enter the JTETC, a public agency in Japan, and its “Mark of Deodorant Processing”. This recognition has many categories, and BreezeBronze® was recognized as a product that removes the components that cause the odor in sweat. It is also recognized for its ammonia odor removal.
However, in order to become more useful in everyday life, BreezeBronze® was created to also handle in aceticacid and isovaleric acid.